A Princeton Tradition Since 1896 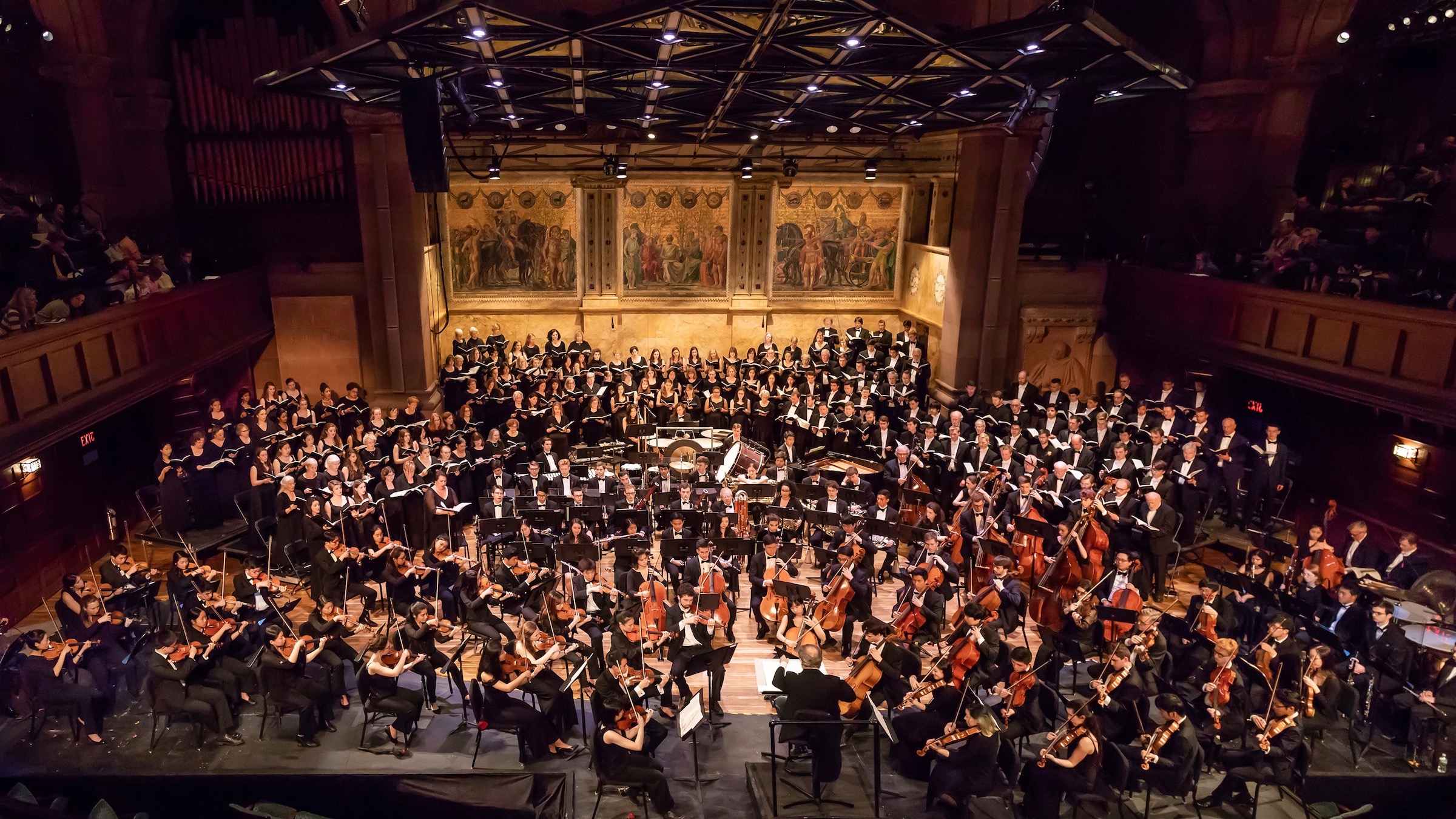 The Princeton University Orchestra began in 1896 with a group of professional musicians from the New York Symphony and Philharmonic Societies who performed a series of concerts at Alexander Hall, the first on February 13. In the ensuing century, the orchestra’s membership grew to be an exclusively student-based; some 100 – 120 undergraduate and graduate musicians representing a broad spectrum of academic departments come together for over eight concerts per academic year in Richardson Auditorium in Alexander Hall.

Participation in the orchestra is voluntary and extracurricular; students commit many hours to rehearsal, above and beyond the time required for academic course work.